Braving the Realities of Filmmaking 2014

Well I suppose that those of you who have been following Gravity From Above with any sense of hope that one day this documentary project will be finished are curious to know when. You are not alone! As the creator, director and writer of this project I have been waiting for two years for the next financial infusion to get this shindig under way. 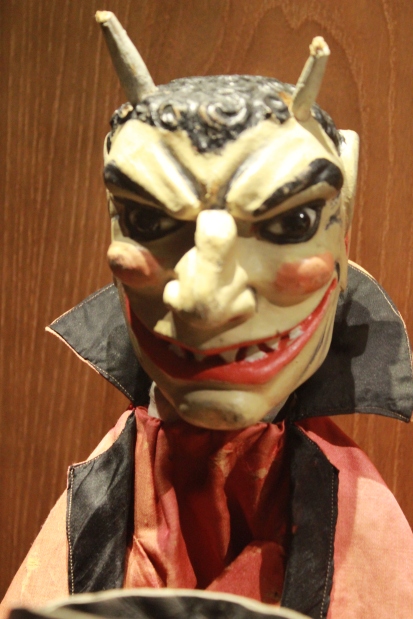 Even this Devil from the Gadagne Museum in Lyon isn’t going to stop Gravity From Above from getting made!!!

As you might have gleaned from reading past entries here on Gravity From Above, I have been fully hoping for funds to come from Switzerland. I still do. However I have just learned of a snag in that process that is going to delay access to the vaults for a bit longer. Evidently the Swiss have a strict rule about having a Swiss director attached to the project. Thus far we have had problems finding this person to come aboard. This is not an insurmountable problem, but every time my worthy Swiss producers have had a fish on the line they balk that they are not the originators of the project. Such a problem would not happen in the good ole USA because we have many more folks desperate to get anything made. Alas our American desperation doesn’t exist in the small world of Swiss filmmaking. But we are still fishing. But even if we had a director on the line tomorrow morning it would still take some time to go through the Swiss funding system.

And I’m not getting any younger!

A self portrait in the mode of painter Francis Bacon in the Traboules of Lyon. It’s time to get out of film prison!

Thus I have determined to get back to Europe one way or another by next March. And so I have decided make another crowdfunding campaign this coming October from the 15th till Mid-November. I will be using Hatchfund (formerly USA Projects) again. I used USA Projects in 2012 and was successful to the tune of $10,000. That was enough to get me back to Europe, but hardly enough to get the project anywhere near completion. Our Gravity From Above website was started after I had already received that money and the journey that I have detailed here is a direct result of that last crowdfunding effort.

Meanwhile I have been ripening on the vine waiting to get back to Europa. So before I rot (!) it’s time to kick this thing back into gear. (Let’s mix these metaphors!) This is not the actual announcement of the commencement of the fund drive. I’m just preparing the ground a bit now. If Gravity From Above has been at all interesting to you, then you will have a chance to show your support. How? I’ll tell more soon. But you will have a chance to follow the whole bloody campaign. And I can tell you from past experience, this crowdfunding thing is an emotional ordeal.

The Streets of the Old Lyon. I need to get back there for a few more serious puppetry interviews.

This time around I’m going to shoot for $15,000. That might sound like a goodly figure to some of you, but I can guarantee you that come May 15th 2015 I won’t have a dime of that money left. Every dollar/euro/pound/złoty/koruna/lari will be spent on traveling through Europe again to interview puppet folks from London to Georgia (not the one in America!). So look into your pockets now and ask what it might be worth to you to support a documentary that takes puppetry seriously for a change. (Yeah speaking of change I’ll take that too.)

If you want to see my previous effort on Hatchfund then follow the link here.

I need your help… Whoever you are. So think with me. Let’s get creative together on this. Soon I’ll give you some suggestions. But if you have any ideas of your own write them down below. Next time around, in a few days, I’ll let you in on my potential itinerary and what I hope to accomplish this time around.

A Skeleton Puppet in the Gadagne Museum in Lyon France 2012. And if I don’t get this documentary finished I will eventually look like this!!

Thanks for following the site thus far. I’m confident that this documentary will get done. So hang in there with me puppet people. 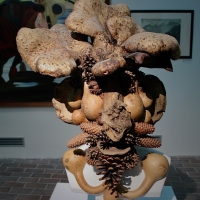