A Different Approach To Fundraising

And so we come to another one of those moments where real life and reel life collide into a fine kettle of fish. So let’s get a few things out of the way. First of all one way or another I will be back in Europe come fall. I will be at the International Puppetry Institute in Charleville-Mézières for a three week residency, where I will be officially presenting my work on the documentary. And I am now trying to see how much of this project I can wrap up. But it’s not going to be easy and it’ll take all of the good will I can find.

Let’s get this announcement out of the way. I’m raising money again. This time I’m going through Indiegogo. And I’m trying a different method of approach. I think the all or nothing mode was too much stress for me. So I thought that I would see if I could try it, if not actually casually, then more so than in the past. Those who know me and have followed me for a while know that I’d pretty much sworn off crowdfunding for the foreseeable future. 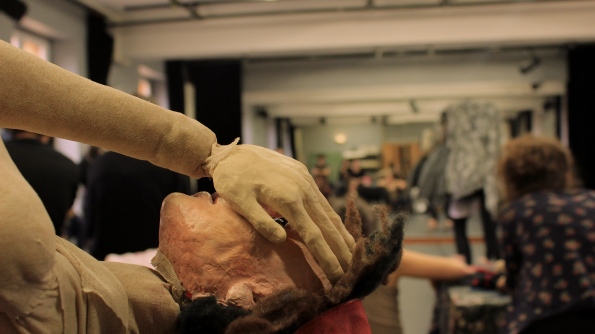 It would be easy to feel like this, but I know I’ve got your support. Right?

So what has changed? Or rather what has happened?

Well as I mentioned the real and reel have coincided. Back on the home home front the Quonset Hut where I have contently lived for twenty years is being sold. And I know I shouldn’t even seriously think of buying it, for a host of reasons that would be outside the purview of this website to explain. I was getting a very good deal and this abode served myself and our community here in Haines, Alaska, very well. But, given the size of my library and price of my rent, I seriously doubt I will find something to match my needs right away. So I have come to another conclusion. I’ve decided I should put my huge library of books, records and films into storage for a while and I go knock on doors to get this and other projects finished.

The Quonset Hut: My home for the last 20 years.

I’m looking into spending a more time in Europe than I was originally planning. I need to find the resources that elude me way up here in Alaska. I’m not thinking of moving, but I am for a while open to new possibilities.

So the Indiegogo Gravity From Above campaign is live now. I’ve purposely kept the amount low at a $3,500 goal, not that I don’t actually need $25,000 to $50,000 to get the documentary finished. But once I crest that goal I should be able to stay on Indiegogo’s InDemand radar for quite a while longer to continue bringing in funds. And if I can get the lower goal met soon then I might get noticed by the folks looking for investments. We’ll see. I’ve decided to do this with a no worry approach, especially since I’m on the keep whatever I raise ‘Flexible’ program.

What you missed at my Fundraiser Birthday Feast!

I also just had a 60th Birthday Feast (2 years late), because two years ago it was impossible for me to even consider it. I had a huge 25lb. (11.33 kg.) pork leg that turned out quite tastily and 60 people joined in. Bringing food and playing games. It was also a farewell to the Quonset Hut and a fundraiser as well. $290 in cash came in, which did not go into Indiegogo, since I’m NOT doing the all-or-nothing version, thus saving me the ten percent fees. (It also makes it easier to accept cash from the good folks in Haines. But the point is this. By the many means necessary I will be going back to Europe and trying to get Gravity From Above finished if I can. Maybe begin more serious research on Georgian music and dance. Following whatever trail I need to to find the money to get this done or a Producer who will understand this project.

This Gravity From Above trailer is the best demonstration of this documentary project.

So I’m asking for your help once again. Whether a few dollars or something more extravagant everything adds up. Check out my new maybe final (that’s up to you) Gravity From Above fundraiser. And especially check out the perks. (I’ll explain more about them soon, as well as give you a short history of the project up till now.)

Three Motions (Three Puppet Plays that I wrote) One of my perks! Go check it out.

Links abound on this page. Follow one and let’s get this done together! If I can get close to $10,000 I can probably finish up all of Europe footage.

Thanks for the subscriptions and the support. My life is obviously at turning point. Will you help turn the wheel with me?

And just in case you didn’t see all of the links to my Indiegogo crowdfunding campaign. Here’s the link… 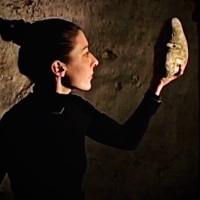